Submit Your Event For The Community Calendar Here 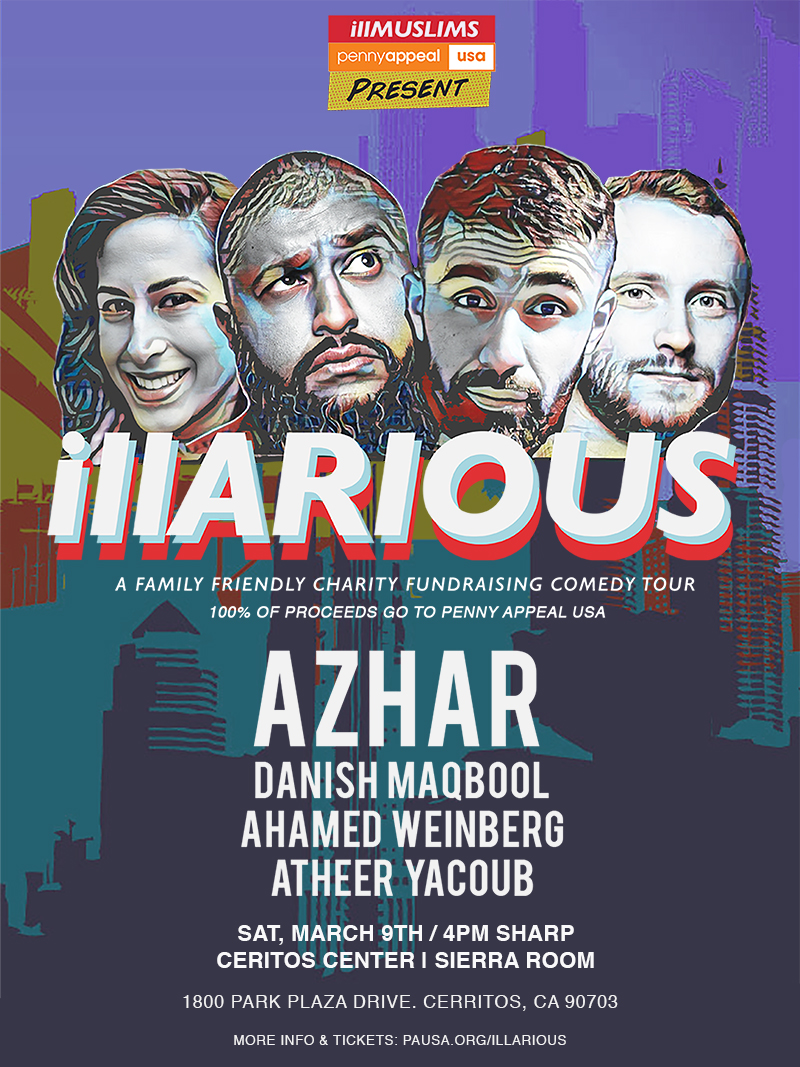 Penny Appeal USA and illMuslims have teamed up to present an “illarious” comedy benefit tour to fight poverty! The family friendly national tour features some of the funniest comics in the Muslim arena as they put a spin on material that explores the themes of ‘being misunderstood’, ‘being unwanted’, and the thought-provoking juxtaposition of being Muslim in America.

Five of the top Muslim comedians in the USA will be taking part in a six city tour starting in South Florida on March 2nd and excited to be in LA Sat March 9th. On stage will be legendary American funny man Azhar Usman, one third of the original world- famous Allah Made Me Funny crew and writer of Hasan Minhaj’s historic speech at the White House Correspondents Dinner. Danish Maqbul who has been featured in Forbes and the Wall St Journal has completed four National college tours and is sure to keep audiences laughing with his own brand of humor throughout the tour, other comedians performing include Ahamed Weinberg (Ramadan Diaries, HBO’s Insecure, Vulture’s 20 comics to watch), Atheer Yacoub and Amir K (MadTV, Argo).

Penny Appeal USA is a nonprofit development organization on a mission to tackle the root causes of poverty, while bridging the gap between funders and poor communities to generate long term solutions to help end intergenerational poverty.

Through programs like OrphanKind, Penny Appeal USA is able to offer disadvantaged orphan children a better opportunity in a secure family setting. Each of the homes in our OrphanKind village houses 10 orphan children and together with a trained foster mother, they form a family. The community is designed to provide for the complete nurturing of each child through education, access to quality healthcare, and the love of a foster mother to tend to their emotional and psychological needs.

100% of the comedy tour proceeds will go directly to Penny Appeal USA to support programs like OrphanKind.