Submit Your Event For The Community Calendar Here

March for Uyghurs Muslims in Hollywood 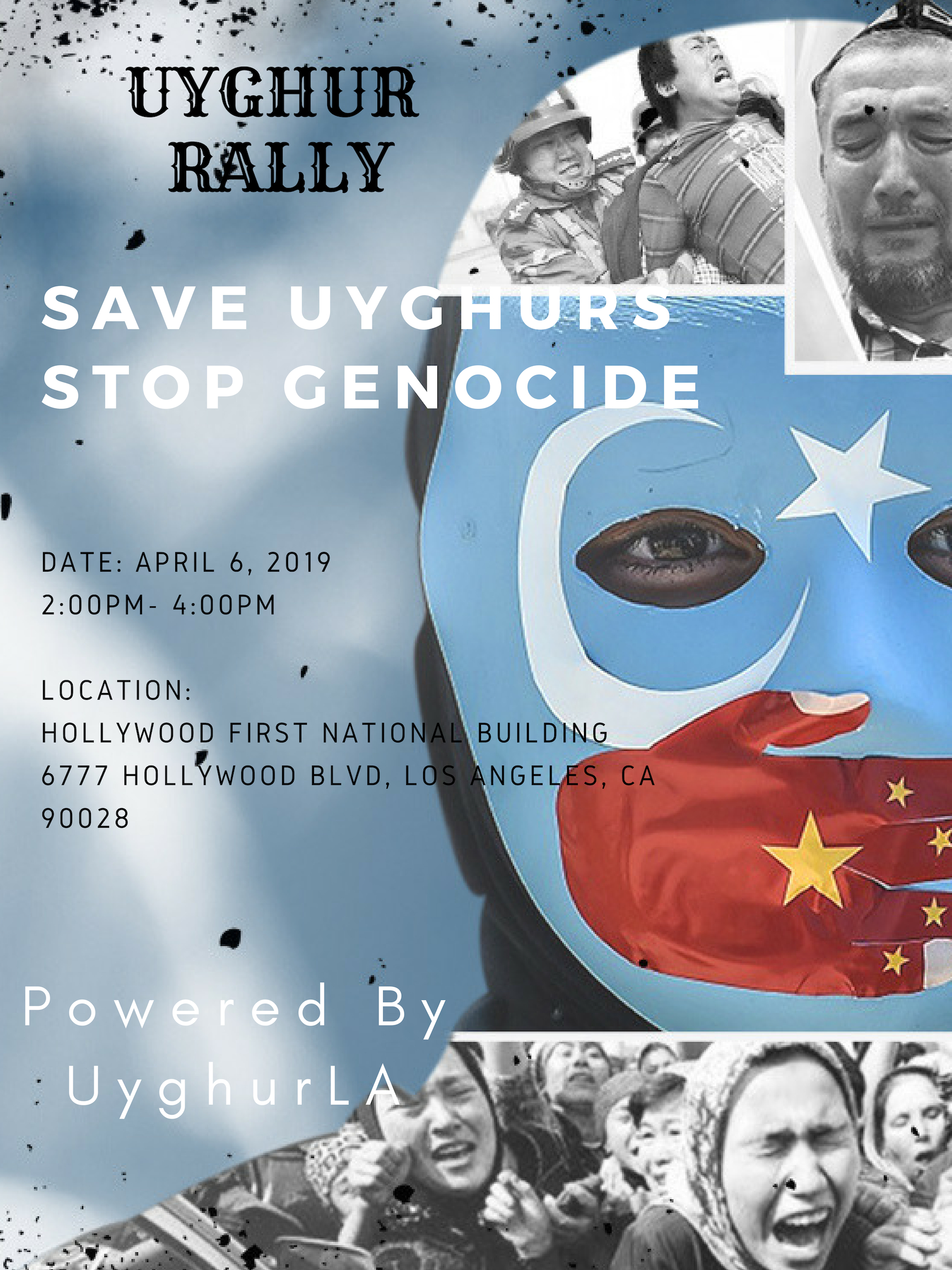 This is for protest a sweeping Chinese surveillance and security campaign that has sent millions of Uyghur muslim people into detention and political indoctrination centers, call for the release of detainees from internment camps in Xinjiang, where Uighurs have reportedly been forced to attend indoctrination sessions.